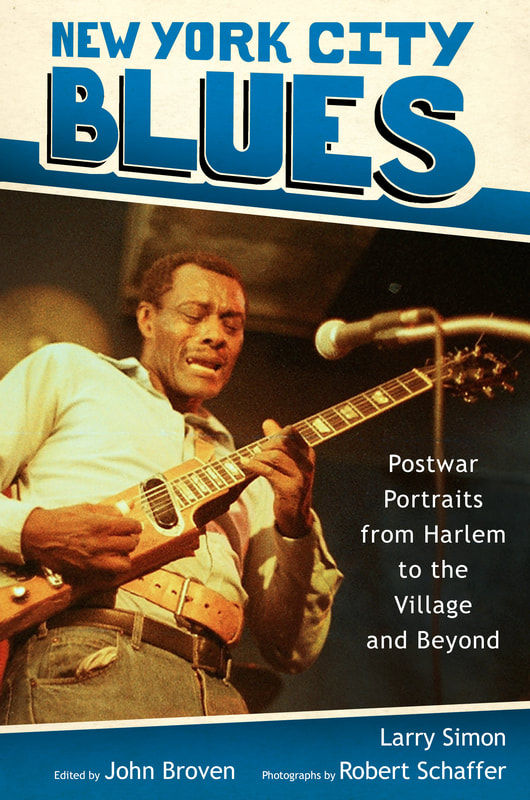 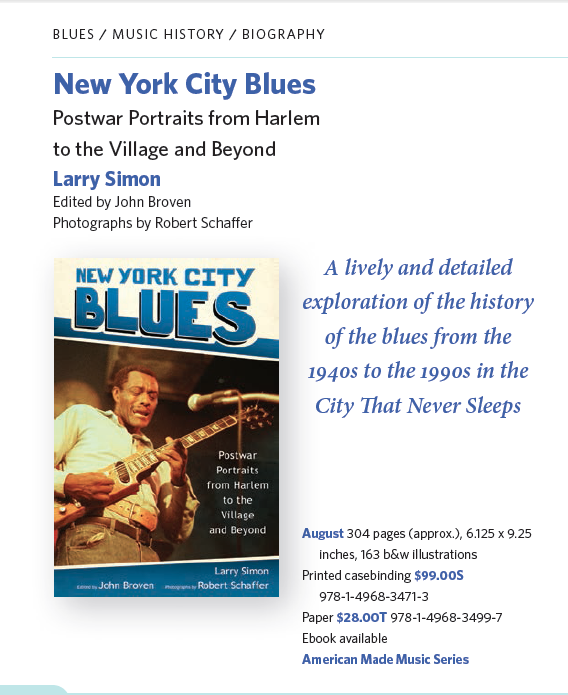 New York City Blues
Post war portraits from harlem to the village and beyond
To be published in Spring/Summer 2021
University Press of Mississippi​
• By Larry Simon
• Edited by John Broven
• Photos Robert Schaffer
•
With contributions by
Val Wilmer
Paul Harris
Richard Tapp
The first book ever on the New York City Blues scene. Keep checking in for updates as well as more great pics and tracks on this site!